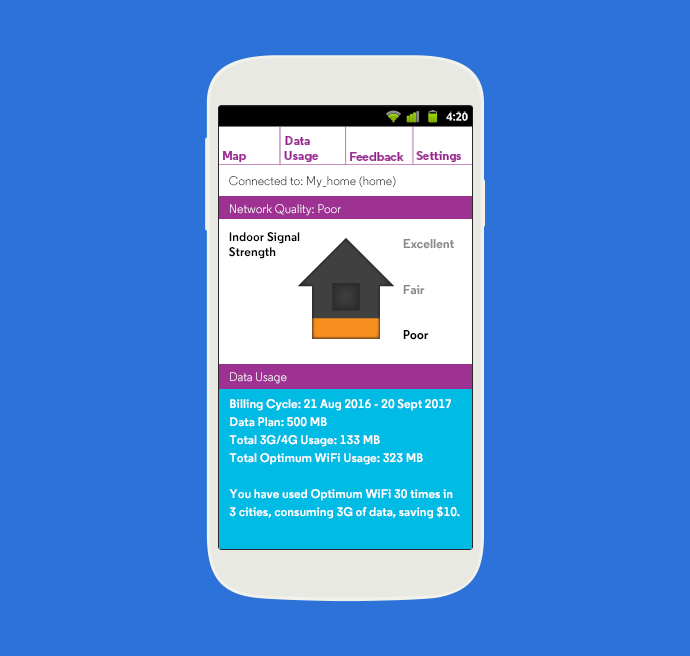 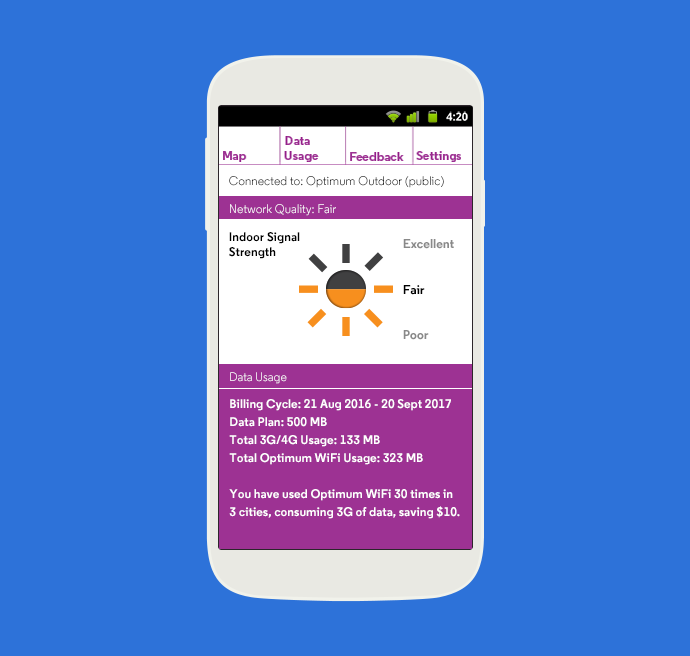 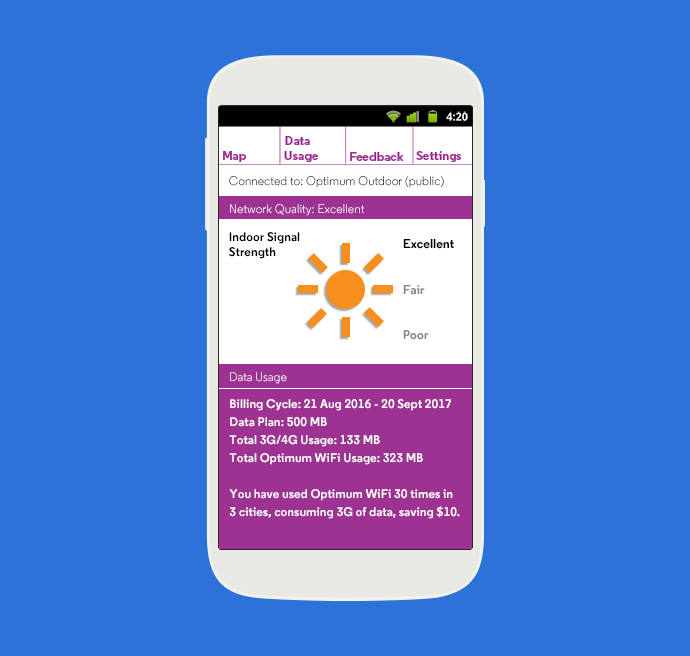 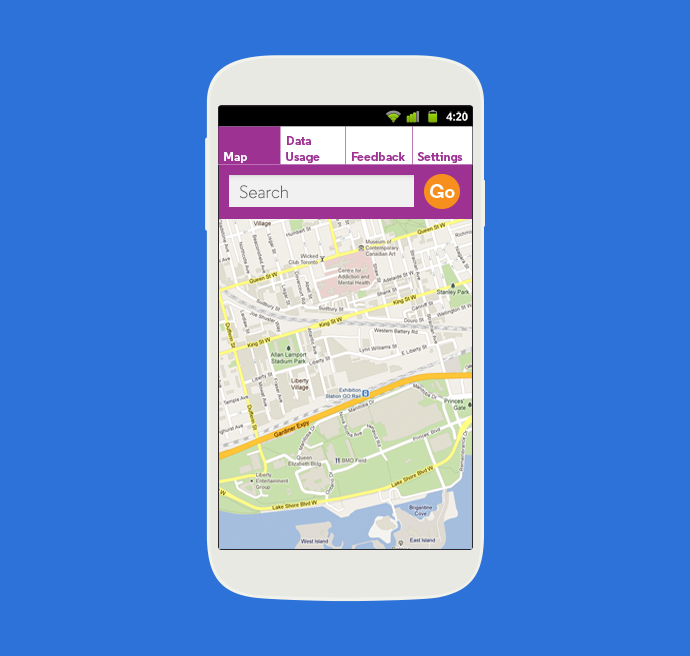 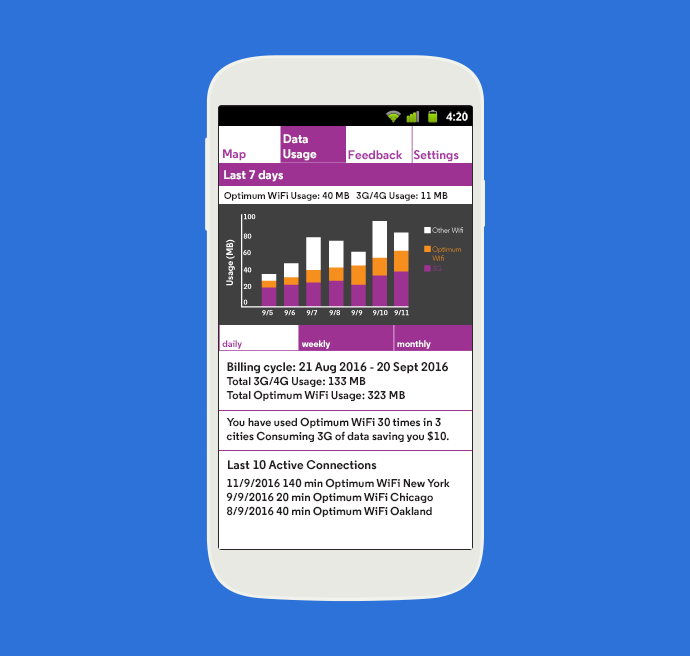 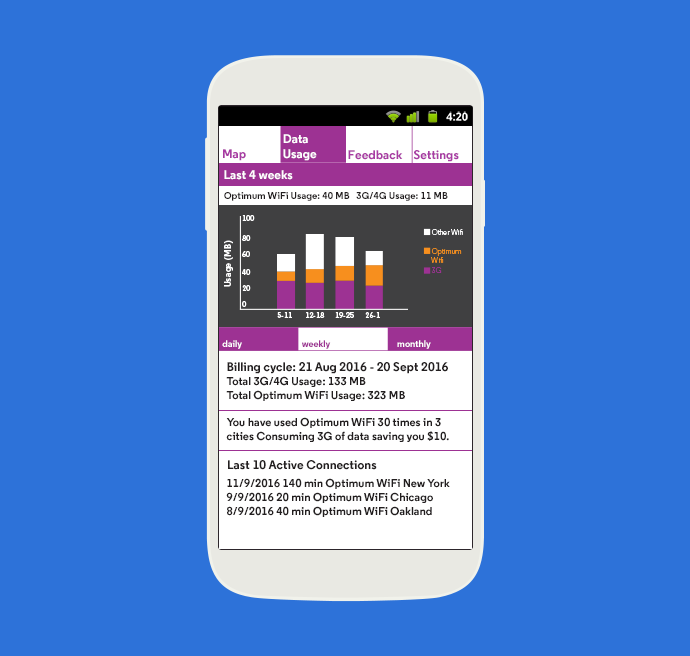 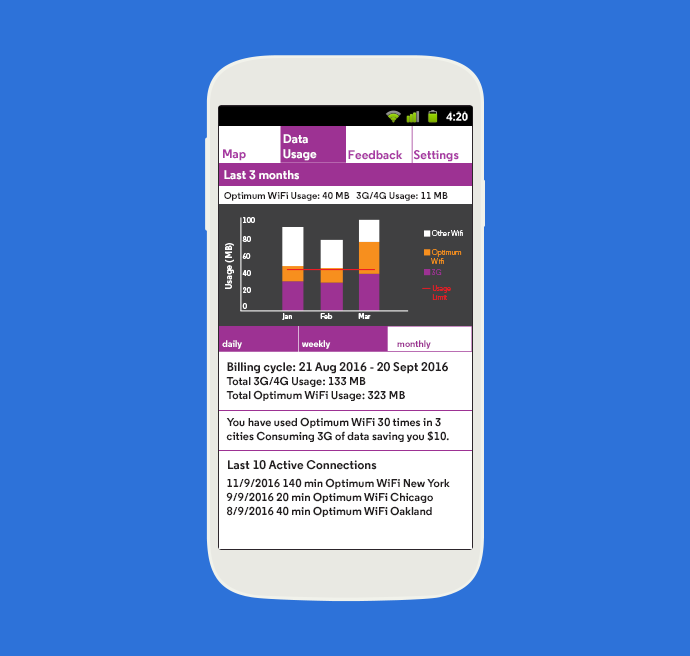 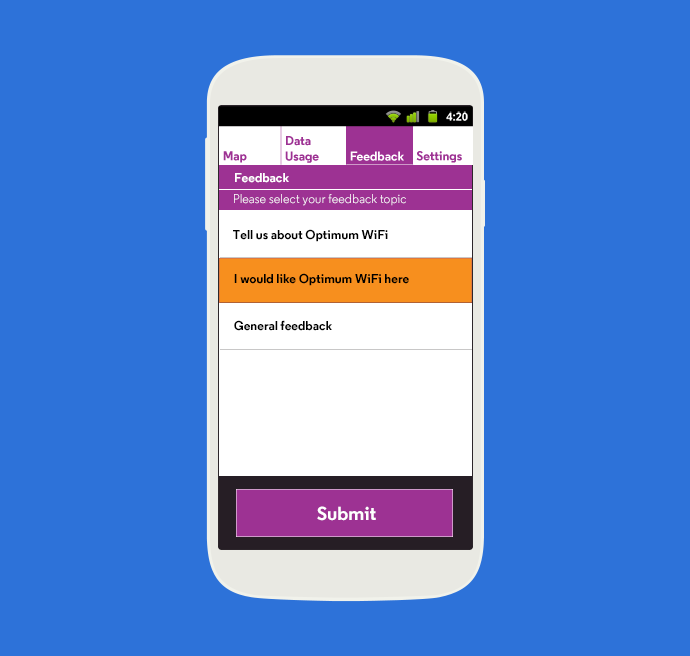 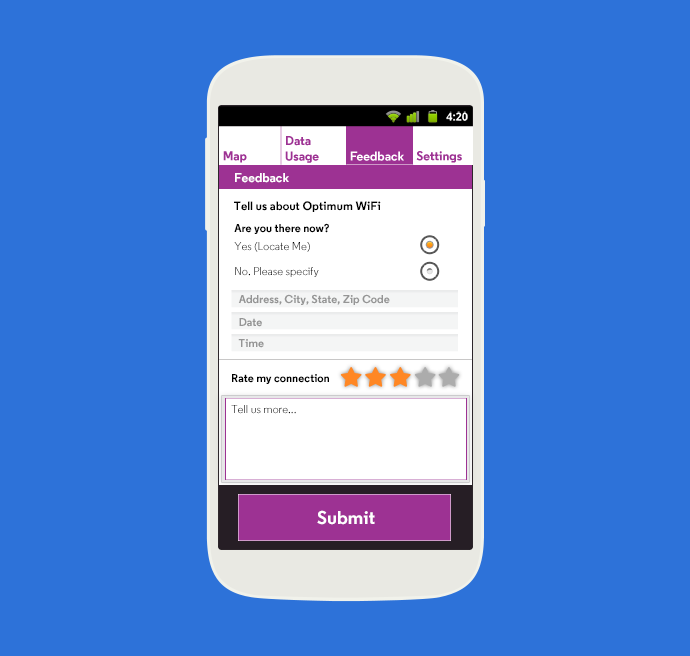 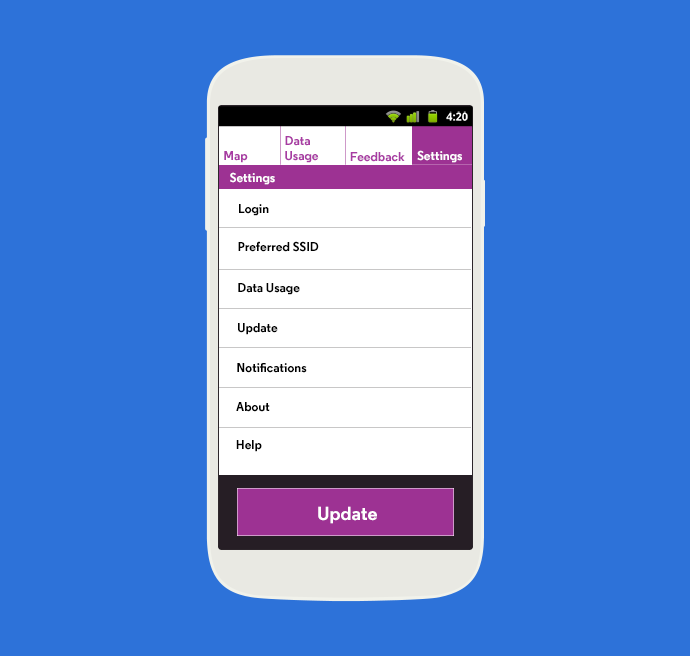 Project: A hot spot detecting mobile app for Optimum mobile customers, locating the strength and of WiFi signals to deliver the best mobile connectivity on the go.
Role: Visual Design
Process: I was the visual lead assigned to this project and the only visual designer for it. At the time of this project Cablevision was undergoing a major rebranding and renaming effort, turning into the telecommunications company in Bethpage, Long Island that is now known as Optimum. This project was for Optimum’s new wifi hotspot detecting Android app. I provided the internal team of creative managers with visual design and production support. During the five month engagement, I was the sole visual designer for the project and worked closely with a UX designer who produced the wireframes for the app. Given the absolutely impeccably crafted Optimum Identity Standards Style Guide by the ad agency Mullen and because of the close collaboration with designers and individuals across the board, I was able to build upon the set of wireframes and create new solutions.